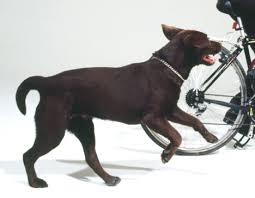 It was Martha’s idea. Martha has been in The Georgetown #Run Club and Intellectual Society for about 2 years now. But before she was part of the club, she was my #biking partner. Martha is like a mother figure to me, though my mother would have been 67 this year and Martha is in her young fifties. She is the happiest person I’ve ever met. You know the type, always smiling, even when she feels like crying. She is a #hero to me and to countless other pavilion goers that see her busting her butt on the elliptical and in the pool every week.

Martha taught me to ride a bike. Well, she taught me to ride a ‘road’ bike. She took me from a shy, brake-squeezing peddler to a confident cruiser in the span of a year. We ride twice a week in the wee hours of the morning, just her and I. We talk about life and vent all our concerns, after a couple hours we always part ways feeling a heck of a lot better for the time we spent together.

Martha joined the run club as a #newbie #runner. She struggled with issues on and off. She was almost ready to do a half marathon when her first injury occurred: she fractured her foot falling off a step. Once she recovered from that she was doing alright until her dog took her for a walk one day and ruined her shoulder. She recovered from that surgery like a champ. Somewhere along the way though, while getting back into running, she began to have issues with her heals. Every time she ran, she wouldn’t be able to walk the next day.

Now Martha loves the Run Club, but she didn’t feel right showing up and not being able to run. She felt like she wasn’t part of the club anymore. On a ride this weekend she made a request: “Can we rename the run club?” What a great idea! The Georgetown Run and Walk Club and #Intellectual Society, it doesn’t exactly roll off the tongue but that’s okay. We have a lot of people in our club who walk, why not recognize them!

Well, this Monday Martha and I went out for our usual ride. It was wonderful. Martha always mentions how lucky she is to be able to ride bike and enjoy the beautiful mornings in northern Scott County. But this Monday, was different. After parting ways, Martha headed home on her bike to her house and so did I. I made it home, but poor Martha…she didn’t.

About 4 miles from her house she was charged by a dog. The dog hit her front wheel and sent her flying. She landed hard on the ground, breaking her pelvis. Her husband called me from the hospital explaining what happened. I was dumbfounded. She was so strong and happy just an hour before, now she was in the hospital unable to move, she’d have to use a walker and wouldn’t be back to herself for three long months.

I knew this would be hard for Martha; she is one of those people that multitasks and is always moving. She is either biking or #swimming or working in the #garden, caring for her parents, playing her #piano, canning tomatoes; always something.

It didn’t surprise me when I got a text from her husband. He was with her at the hospital and I was sitting at home preparing an email to go out to the run club. I was going to tell everyone about Martha and arrange for all of us to go visit her at the hospital on Tuesday night. The Text simply read: Martha wants to know if we can change the name of the run club again. She wants it to be called: The Georgetown Run and ‘Walker’ Club and Intellectual Society.

No Problem Martha, you just get better soon.

BTW: #Dog owners are responsible for injury caused by their dog whether it be from a bike or an accident caused by them. The ower of the dog that caused this accident had been spoken to many times about her dog and it chasing bikers. The owner blew-off the complaints, telling us that the dog was harmless. That owner (and her homeowners insurance) is now responsible for Martha’s bills and most likely a settlement. Martha spent over a week in the hospital and will have 3 months of rehap.